I took a mini vacation on my birthday, thinking that I could enjoy a 3 hour spa, but it was fully booked. Oh well, I should have known it’s a Saturday! So I woke up, had a healthy breakfast, went to the gym, watched The International and went home to have dinner with my family. It was simple fare, because I’ve had quite a number of celebrations for me in the past week (thank you all very much!). I received many birthday wishes through phonecalls, sms, emails, blog comments, facebook and twitter as well as friends and colleagues who were wishing me best of luck for tonight, thank you all for the encouragement.

Speaking of birthday celebrations, Jollity fanclub organised one for me quite early in April. Thanks so much to the committee members who put this together at such short notice. I had a really great time!

Jollity fans with me at Bottle Tree Park

Birthday wishes from everyone

The biggest surprise came when I was filming Princess and Prince. Everyone knew about it except me, cos’ I was so blur! Dasmond Koh had it all captured on video using my camera. Haha! 🙂 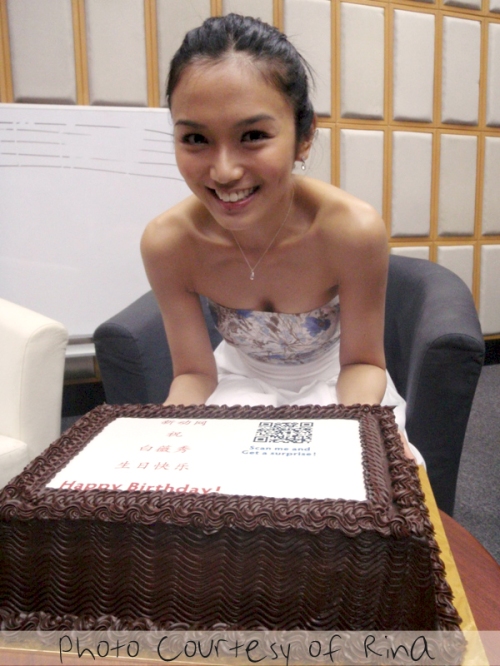 Everyone at the xin.sg birthday party organised for me.

Whatever the results tonight, I know I have the support from many of you and it can only be my privilege.

I’ve been receiving many well-wishes for the upcoming Star Awards on Sunday, thank you all for having so much faith in me. Would I like to win? Of course, that will be nice, but I believe only if the time is right when I can prove the versatility and subtlety of an actress. I’m flattered just being able to have my wild-ugly-crazy-woman clip have its five seconds of fame repeatedly, potentially disrupting anybody’s dinner appetite. Haha!

I heard I’ve been out of the top ten this week. To be honest, I’m more worried about what the media would say rather than anything else. Recently the Chinese press has made their not so positive stand towards me, claiming that I have changed because of increasing fame. After some self-reflection, I still can’t quite figure out what fame means, nor how that might have changed me. Could it be that I’ve changed my mobile number and am no longer as contactable as before? Perhaps it was something I unknowingly done that had offended someone, but I would like to make my stand and clarify any misunderstanding. If there was anything that I could have handled in a much better fashion please do let me know, and allow me the opportunity to learn.

The entertainment industry is an ever-learning place. More often than not, lessons are learnt after making mistakes, and with time and experience, I acquire knowledge of the business and how to better communicate with people. I didn’t start out holding the essential guide to a fail-proof entertainment career because there is none to own. If this sounds like an excuse, no, I’m not making any for myself. I am acknowledging my ignorance and willingness to learn from those who would give me the chance.

I remembered during my first drama, someone from higher management shared with me my first lesson: No one can blame you for not knowing.

From then on, I told myself never to take for granted the opportunities people give me, and never to make the same mistake twice. While ignorance is not incompetence, truth is, no one is liable to grant me any leeway and I appreciate all who have done so throughout my career.

This week is full of birthday celebrations, so I’d be having a good time! Whether or not I’d be winning anything on Sunday, well, we’ll know soon. 😉 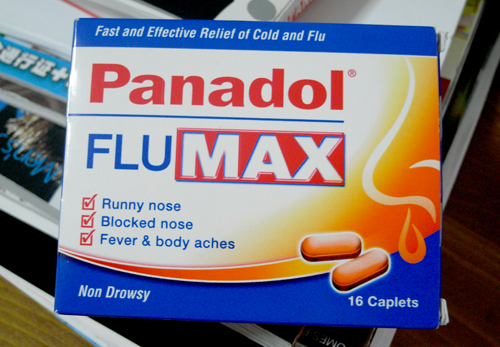 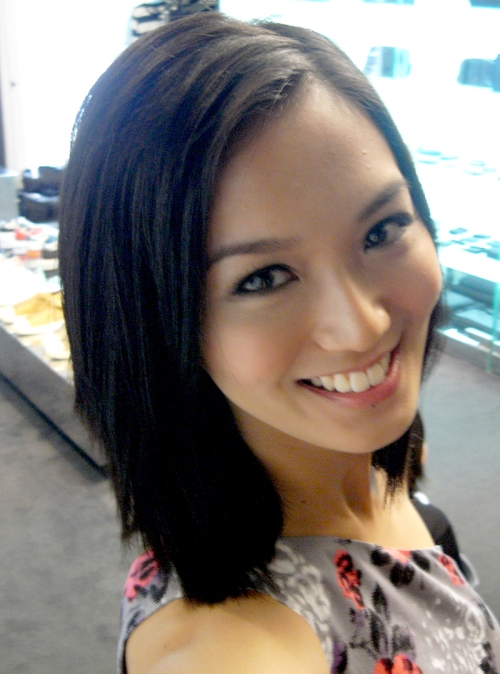 I’ll be celebrating my birthday with xin.sg!
Although my birthday is on 25 April, xin.sg will be organising a birthday party on 19 April for the fans and I to get-together.
Do log on to the website for more details on how to join.
Hope to see u there, and please don’t spend money buying me anything ok?
As long as there’s chocolate cake, hopefully ice-cream chocolate cake, yummmy! *hint hint* (hopefully someone from xin.sg is reading this! Haha!)

Clint Eastwood and his Gran Torino

Gran Torino is probably the best movie I’ve watched in the past couple of months.

Directed by Clint Eastwood, the movie seems to contain very dark and heavy themes of racism and gang activity set in a messed-up neighbourhood, centred around an old, grouchy man. Not exactly the kind of movie to take the mind off the many problems facing the world right now. But you’d be surprised that there are a few laughs in the movie.

Clint Eastwood is so convincing as Walt Kowalski (a Korean War veteran), that he makes the most ridiculous dialogue ring with depth. Pain is written all over his face and immediately you know this is a man who’s seen death, who’s gone through life tough and lonely. Every step he takes seem to ache with old injury, and you could almost feel it through the ankles to his lower back. And yet he displays incredible grit and strength in the face of young terror, pointing his make-belief gun at the kids holding real guns and throwing them off with the ridiculous gesture, when really he would be easily outnumbered in a fist-fight. Director Clint Eastwood wasted no time in milking poignant moments, allowing just one tear to be shed while his face was half hidden in shadow. It was enough. He tells stories by building characters, not through the dialogue nor the action. Every prop was placed for a reason, a reason that furthers the story, that forms the character’s inner feelings, thoughts and behaviour. It isn’t there just to provide foreground or create visual depth. It speaks of the characters and it tells their story.

The plot is enriching, and the main characters go through a journey, be it redemption, enlightenment or character building. It tells of the irony of life, that nothing is forever. Prejudices formed could change, allies become enemies, fear becomes strength. Death is never far away.

By the end of the movie, Walt was almost like the friend I knew, whose wife died before he did and whose experience in Korea made him the man he was — angry, jaded and distrusting. I saw his walls crumble slowly, I saw the glint in his eye when he made friends and taught the boy how to be a man, brought him shopping for tools on his first job and offered to lend him his prized Gran Torino to bring the girl out on a date. I saw the fire in his eyes when he knew the people he cared about were bullied, I saw weakness when his heart ached. The true strength and sacrifice he displayed in the face of danger arose from the need to protect the people who trusted him.

I cried and mourned way after the movie ended, because his spirit was so real, I felt a part of me left when the credits rolled.

Watch it and you’ll know what I mean.